I just washed my hair with bar soap that I’m pretty sure was made out of plastic. I literally showered with my eyes closed to avoid seeing the mold above my head. My dad’s bed lacks a headboard. The fire alarm is broken. And I’m pretty sure this bedspread has never seen a washing machine. Our dinner was a 4-piece chicken for $4.44  and something that appears to be corn from the hotel office/pizza shop/lotto shop/phone card seller/general hangout. 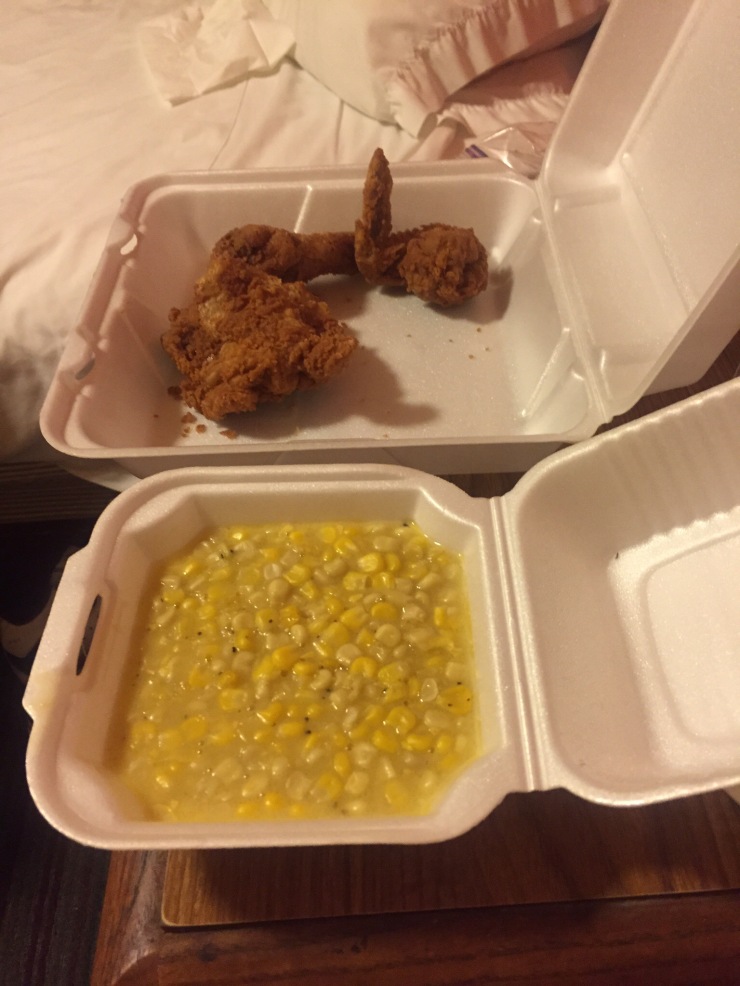 I spent the first hour in this room perched on the night stand due to suspicion of all soft surfaces.

But in my hand. That’s a 24 ounce Modelo. And it was damn good. One of the best beers of my life. And I can be a beer snob. But, this beer. This beer was the celebratory beer after a 113-mile bike ride. That’s five and a half 20-mile rides in one day. My personal record. Though does it count if I was on a bike with my dad?

Today began in Port Gibson, Mississippi out of one of the nicest places we’ve stayed thus far. 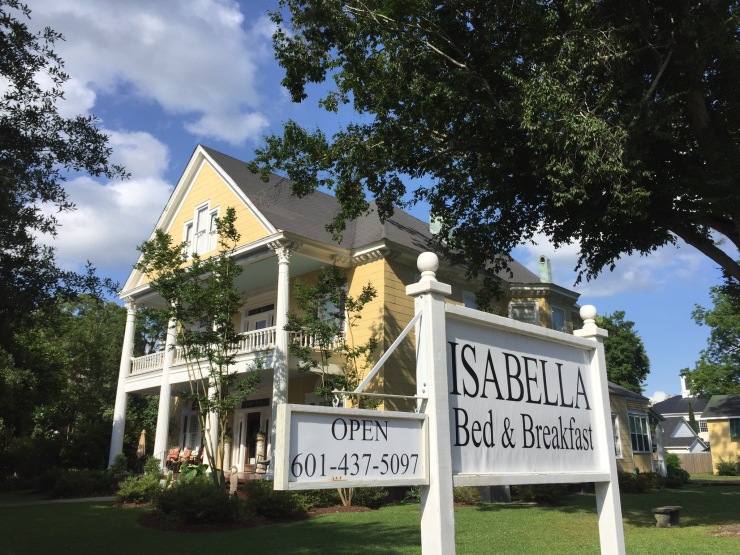 It went down the beautiful Natchez Trace Parkway. And it ended here in Simmesville, LA because, well, there was nowhere else to go unless we rode 145 miles.

Along the way we stopped in Natchez and ate a feast served by Diamond, who is hoping to change up her lifestyle and start cycling. No bike shop in Natchez makes the ambition a bit difficult.

I think this motel was made for people that rode 113 miles on a bicycle. Because we are just that delirious that this bed under me feels kind of comfortable and I’ll have no choice but to surrender to it soon.

Today was special. Limits are in the mind. When you can’t say can’t, you’ll surprise yourself with just how far you can go.